I gave my overview of Maha Kumbh in the last post. How I started my journey from Delhi? How and where I spent my time with ‘Sadhus’? It was full of excitement and new experience. I travelled with Rahul, Jolly and Pratul. Rahul lost his cell phone at the time of entering into Railways Station. We were at the entrance. Someone pushed him back in the crowd and stole his cell phone. He came to know this fact at the very moment. We ran towards the entrance but it went in vain. We could not spot any suspect. The excitement ended for a while. Rahul was smiling and we were thinking “how we should react?” We tried to console him by saying that we will chip in and buy him a new cell phone. Interestingly, we did not… 🙂

We reached Allahabad on time. It was very busy at the Railway Station. Firstly, we visited Rahul’s uncle and had lunch there. After a long conversation we left for Sangam where the Maha Kumbh was organized. We were greeted and welcomed by Sadhus at Niranjani Akhada. We checked into the camps and had a high tea.

A ascetic has been standing on one leg only for the last 10 years.

We went for a walk in the night. We had a conversation with Sadhus or Saints and ascetics. It was very well managed in terms of Mela’s sanitary arrangements; good food and water with free ventilation in the camps with convenient conservancy arrangements. Of course! The whole was being kept in order by efficient Police Force. We could see police patrolling unit frequently. At one point of time, I realized that I am on another part of India. Men in orange were the attraction for every camera man. Thousands of shots were not even enough. Likewise, I also captured some shots during the night. I tried to capture it with blur or motion blur purposely.

Sadhus are beating the cold during night at camp

The next morning was a bit cold. I wanted to capture some shots during the morning. Pratul and me woke up early. Make shift toilets were busy with a queue. Some toilets were choked with human excreta .We had to defecate in the open field.

It gives contrast to the life when you capture the moments during the morning and then you compare it with other day time. I carried my cam there too. It was foggy near the river.

Morning tea is served at camp

I and Pratul had tea after getting fresh. The tea, lunch and dinner were served by the ‘Sadhus’ every day. We left for sangam (where three holy rivers converge). The sight was full of shots and moments. There were considerable numbers of camera holders. Some of them were professionals and representing the National Geographic Channel, BBC and Indian media. I captured moments there.

A man is printing photos for making money at the sangam, Allahabad.

A ‘Sadhu’ is waiting to take a dip into holy river.

It was the day before Shahi Snan. The common people were taking dips, little kids were looking for coins in the water, middle aged people were offering prayer with the help of their spouse or children. Hawkers were selling nuts with Chana by adding lemon in it.

Kids are looking for coins in the water thrown by devotees as a part of custom.

A life saver guard at the sangam

A devotee is taking dip into the holy river

A devotee is offering prayer at sangam

A man is getting his head shaved off as a part of custom.

performing a part of custom

Little kids were posing as lord ‘Shiva and Parvati’. Every camera man was curious to capture these kids. Every time they were captured, and they asked for donation from the camera man. Women were drying their sari after taking holy bath into the river. I spend my whole day there. Jolly and Rahul also joined us later on. At one point of time, Jolly, Rahul and Pratul were into deep thought after having experienced of such an event. Trust me; it makes you to push into deep thought when you are at Maha Kumbh. If you sit silently, you will ask from yourself that we humans are a strong race. What we are and what we were? Some start finding nit pickings in the actions of life and some start finding positive and strong aspect of it.

Little kid is dressed up a kind of Hindu lord.

‘Sadhus’ is asking for money from devotees at sangam.

Women are drying their ‘sari’ after a holy bath

A hawker is selling nuts and ‘chana’.

A little kid is dressed up as lord Shiva

Lunch is being made for devotees.

A hawker is selling threads or beads. 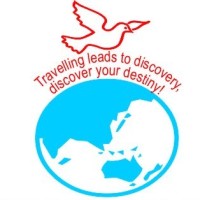